It’s October and that means there is only one type of movie you’re allowed to watch. That’s right, horror! Even the scaredy cats like a good horror movie 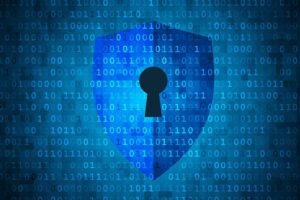 near Halloween whether it’s Scream, Nightmare on Elm Street, Paranormal Activity, or, well, Halloween. But very few horror movies are realistic. People are always making decisions that don’t make sense. The monsters always walk when they should run. Sometimes it’s too goofy to be scary. But what if we took some horror movies and made them too realistic? What if we added in the scariest, most real threat in the world: cybercriminals! Let’s do it! Here are some cybersecurity horror movies!

CyberScream! – Did you ever wonder how Ghostface always got his hands on the phone numbers of his victims? Well, it turns out that he did it through the DARK WEB! That’s right, Ghostface isn’t just a knife-wielding maniac, he’s a cybercriminal! And he’s coming after your digital presence next! The only way to stop him is with dark web monitoring, which will tell you your data has been breached before he gets a chance to use it!

Nightmare on Breach Street – You know what they say. If you’re breached in your dreams, you’ll be breached in real life! Freddy Krueger’s newest victim had a dream where an email that seemed like it came from his boss actually led him to a website where his personally identifiable information (PII) was stolen. But when he awakened, he had actually fallen for the phishing scam! Now he’ll need to teach Freddy’s next target to use the SLAM method while asleep, so they don’t receive the same fate he did!

Cybercriminal Activity – A newfound footage adventure starts when strange things start occurring in Katie’s home. Doors opening and closing on their own. Footsteps in the night. Blankets being ripped off the bed. Webcams turning on when they’re not being used. Katie thinks a ghost may have hitched a ride from the abandoned factory she explored last month, but what she doesn’t know is that malware also hitched a ride from the public Wi-Fi she used at a fast-food restaurant last week. Now to rid herself of both evils, she’ll need an exorcism and a VPN!

HalloScreen – Michael Myers isn’t coming after Jamie Lee Curtis this time. Now he wants the PII left exposed on the desk. Good cybersecurity extends outside of the digital realm. If you don’t start shredding unused documents, locking your office doors, and keeping papers will PII on them in a safe place, Michael will be outside your window. Slowly (but menacingly) walking to cause a data breach!

While you’re unlikely to see any of these flicks on the silver screen anytime soon, the lessons you learned from them will definitely come in handy in your normal life. Just keep an eye out for a man in a painted Captain Kirk mask while you’re doing it.

Chat with a representative ▴